The Ascent of Money

The rise of money A financial history of the world. From money 1 of 6 Dreams of greed 2008 Documentary C BBC Odyssey.

Niall Ferguson follows the money to tell the human story behind the evolution of our financial system, from its genesis in ancient Mesopotamia to the latest upheavals on what he calls Planet Finance. What’s more, Ferguson reveals financial history as the essential backstory behind all history, arguing that the evolution of credit and debt was as important as any technological innovation in the rise of civilization. As Ferguson traces the crisis from ancient Egypt’s Memphis to today’s Chongqing, he offers bold and compelling new insights into the rise? and fall of not just money but Western power as well.

The 10th-anniversary edition, with new chapters on the crash, Chimerica, and cryptocurrency

In this updated edition, Niall Ferguson brings his classic financial history of the world up to the present day, tackling the populist backlash that followed the 2008 crisis, the descent of “Chimerica” into a trade war, and the advent of cryptocurrencies, such as Bitcoin, with his signature clarity and expert lens.

The Ascent of Money reveals finance as the backbone of history, casting a new light on familiar events: the Renaissance enabled by Italian foreign exchange dealers, the French Revolution traced back to a stock market bubble, the 2008 crisis traced from America’s bankruptcy capital, Memphis, to China’s boomtown, Chongqing. We may resent the plutocrats of Wall Street but, as Ferguson argues, the evolution of finance has rivaled the importance of any technological innovation in the rise of civilization. Indeed, to study the ascent and descent of money is to study the rise and fall of Western power itself.

To find out more about Niall Ferguson

Book Cover The Ascent of Money 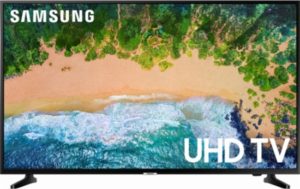